Meeting a Sandcastle at High Tide

It was a warm summer afternoon in a small town in southern New Hampshire, back in the summer of ’79, and it had finally arrived. Summer vacation had just begun, and for this group of friends gathered around the family pool, the air was ripe with the kind of optimism and mystery that only a teenager can have – you know, that “anything can happen” feeling that occupies the youthful soul. Staring at the pool in cheerful content, they basked in the warmth of the sun while listening to the “Woodstock” soundtrack booming out a bedroom window. The youngest in this pack, a 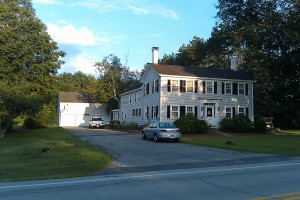 couple of eleven year old boys who were a few months away from starting junior high, seemed more than intrigued by some of these “new” electric sounds permeating this virgin summer air.

“What’s the name of this band?” asked one of the youths.

“That’s ‘Sly and the Family Stone”, answered Dave, the boyfriend of one of the younger lads’ older sisters.

“Wow, this is really cool!” the excited boy answered.

Up until this moment, these youngsters, like most pre-teens from this era, had been mostly hearing the corporate radio music of the day – a post-disco fallout period with bands and artists like E.L.O., Michael Jackson, and The Eagles providing a daily dose of saccharine for the masses – “Don’t bring me down…..Brrrruuucccce!”

“If you like Sly, you’re really going to love the last side of this record!” he confidently announced, and a short while later, everything changed.

It was as if a bomb had gone off – suddenly, the music coming out of the speakers sounded more like a science fiction movie soundtrack than it did the groovy “freedom rock” that had played just minutes before. Sounds that seemed to begin as single guitar notes ended as explosions – harmonic cascades and otherworldly sounds swirling into the stratosphere – “sheets of sound”. This music spoke of the epic joys and tragedies of the human struggle – war, hunger, love, peace, poverty, anarchy, inequality – it was all there, yet not a single lyric had been sung.

Near speechless, one of the 11 year olds turned to his friend and managed to say “this is amazing!”

“I thought you might like this” was the response, and they continued to marvel in the sonic wonderment, this new discovery rendering a near out of body experience.

With each passing moment came a new level of heightened awareness for the one boy in particular. It wasn’t as if he had never heard great music; many years before, his dad had turned him on to Santana, John Lee Hooker, and many other 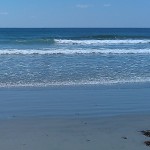 greats from the golden era of blues and rock. But this was different. This music transcended all of the traditional music forms that he had heard before. Melodically, it was free from the constraints of the pop song, or even blues format, yet it was bluesy. Rhythmically, it seemed connected to the earth in an intangible way, kind of tribal, with roots going deep into the African jungle. It was as if these sounds came right out of the sky, from the heavens, not a speaker in a window.

This music “spoke” to the young boy with a clarity he had not yet experienced in life, rendering this otherwise insignificant summer day the birth of the universe for him. It felt like a calling, like this was the day his life really began, the birth of an endless pursuit to the new sense of self and spirituality that permeated his being on that warm day in the sun long ago –  like ocean waves meeting a sandcastle at high tide.

That was the day I first heard the music of Jimi Hendrix.

It’s now Saturday morning and we’re in Waukegan, Illinois, just north of Chicago, and back on the Rhett Akins tour.  It’s early, I’m the only one up, and the view out the bus window is not unlike many I’ve seen before – a hotel, a highway, and some retail. Several Canadian geese are foraging for their breakfast on a big plane of grass in front of the hotel. I can’t believe that this trip is almost over; it went by at warp speed!

We had been planning our trip to New England since last fall, with my 25th high school reunion tugging at me to return to my homeland 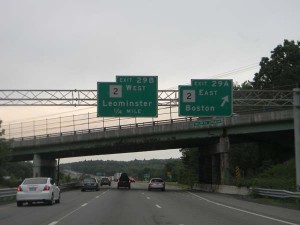 for a brief visit. And even though it ended up turning into a working vacation, with several workshops and book signings taking up much of our time, it ended up being one of the most soul-enriching vacations Kelly and I have ever had. It had been seven years since our last trip home, way too long, and although we had often talked about how much we missed everybody, we didn’t realize just how much until we got there.

We set out Monday morning and did the 1240 mile drive over two days, sleeping overnight in a hotel in Pennsylvania. Although the trip was long, our excitement grew as we neared the northeastern states. We spent the first few days of our New England visit in southern Maine, first at Kelly’s sister’s house in Kennebunk, and then at one of our friends homes in Portland. Crammed into the middle of a couple of hectic days centered around music store clinics and a local TV interview, were family reunions, a breakfast with friends, and a wonderful walk on Kennebunk beach on a warm summer day. Some friends hosted a special jam night for me in Dover, NH and it was great to reconnect with old friends there as well.

By the time the weekend rolled around it was time for my high school reunion. It was great to see so many of my old classmates – I can’t believe it’s been 25 years; ‘Father Time’ is so mean! After the reunion we stopped In to Wally’s on Hampton Beach, a club I had played frequently in the late 90s and the place we would be having our reunion show a couple of days later. Living in Tennessee we are a bit landlocked, and we basked in the salty night air of the ocean-side resort town, something we likely took for granted just a few years ago. 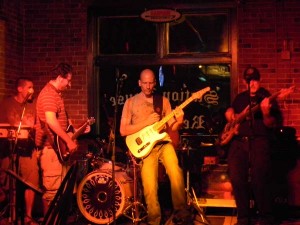 Sunday afternoon would bring another reunion of sorts, this one in the form of a rehearsal in my hometown of Kingston, NH with some old band mates. Members of my old band, Electric Blue, plus one of my former guitar students and one of his friends would comprise the core band for the Wally’s reunion show. We rehearsed in a garage belonging to one of my oldest friends, a place in which I used to rehearse with many of my first bands many years ago. The rehearsal went great and was followed by another family reunion, this one at my parent’s house, the place where I grew up right down the street.

On this night I slept in my old bedroom, it kind of made me feel like a kid again. I woke up real early Monday morning and just lied in bed for a while, reflecting on the amazing journey I have had in the years since I left this place. It was 6 AM, just before sunrise, and the house was quiet, my folks still asleep, and I’m not sure why, but I suddenly had the urge to set out on foot and visit the places of my youth.

I walked out the front door, around the side of our barn, and cut through the neighbor’s yard. I walked past the old cemetery and out onto Main Street, following the beautiful plains past the bandstand, the town hall, the general store, and the library. I came to my old high school “Sanborn Regional”, and just stood there for a moment, transfixed by the memories that came flooding back. I walked through the school grounds, and experienced several moments of déjà vu, remembering different pinpoints in time from decades ago. Coming out of the backside of the high school, I walked down to Greenwood Lake, a place where I used to go fishing as a boy, and parking as a teenager. I walked another mile or so down to Kingston State Park and sat on the shore for a few before visiting the place where Kelly and I got married – a beautiful little spot on the shore of Kingston Lake on the backside of the park. I walked up the trail that comes up behind Clark’s Oil and received a few mosquito bites along the way. Back out onto Main Street, I walked past the old Sadowski 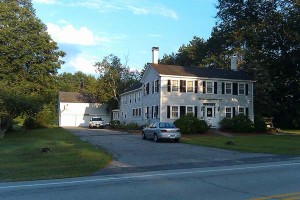 residence, the place where the sounds of Jimi Hendrix blaring out a bedroom window on a warm summer day long ago inspired me to take up the electric guitar.

After spending a great day with my family I was off to Hampton for another clinic, after which I went to bed early, exhausted as the pace of this trip was starting to catch up with me. We took it easy on Tuesday, trying to have a few still moments to catch our breath at a friend’s house in Hampton. The trip had been great so far, seeing so many friends and family members in such a short period of time, but our heads were literally spinning as a result of the hectic schedule we were keeping. Wednesday morning we managed to squeak in one more walk on a beautiful private beach just north of Hampton Beach, reminiscing about the trip.

We had one last thing to do before this exciting trip would come to an end, and that was the reunion show at Wally’s. This night turned out to be such an exciting, action-packed adventure in and of itself that it deserves its own story, one that I’ll post a little later. But as far as this brief nine-day stay, it was truly awesome! Kelly and I have relished every moment of our Nashville journey, we wouldn’t be who we are today if we had not embarked on it. We have met and become friends with many wonderful people in middle Tennessee, and other parts of the country as well. But reconnecting with our friends and family in New England was an emotional and powerful experience; you all have a special place in our hearts and we miss you already. See y’all next year!