For the Love of Vinyl – the Sounds of Inspiration

Where do you get your inspiration from? As a lifelong musician, I’ve now been playing music since the age of eight, about 34 years. But I’ve been listening to music even longer. As a young child, some of my earliest memories are of my dad playing records in our Boxford, MA home. Many an evening or weekend the sounds of the Woodstock era filled the air – Santana, Derek and the Dominoes, John Lee Hooker, even the Woodstock soundtrack. The mysterious black discs spinning around created a sense of wonderment, and even more alluring were the sounds they put forth.

I love music, and I especially love the sound of music that originates from vinyl recordings. There’s really nothing like it. As a teenager growing up in southern New Hampshire in the early 80s, I owned my own stereo and turntable and began buying albums regularly. In fact, I worked at an afterschool job just to support my vinyl habit (okay, maybe a few other habits at that time as well). Every week I would venture to the strawberries record store with my weekly pay burning a hole in my pocket. A short time later I would arrive home to give the new disk a spin, the sounds of Jimi Hendrix, BB King, Led Zeppelin, and others permeating my world daily. It wasn’t just an auditory experience, many records came with amazing artwork, of course you have the great double album which additionally lent itself to a variety of uses. Some albums even came with songbooks or posters.

Several years into this foray, along came CDs. They kind of looked like mini albums, but with noticeably less artwork. They also had a few other tendencies, for instance the unmusical sound of a digital skip. It took me a while, but I eventually climbed aboard the “CD wagon”, albeit kicking and screaming. It only took me a couple of years to realize the shortcomings of this new “digitally recorded music”, but I eventually did notice. The music just didn’t sound quite as real, warm, or friendly, but this was fast becoming the new medium. It wasn’t long before all my favorite record stores had replaced the bins for records 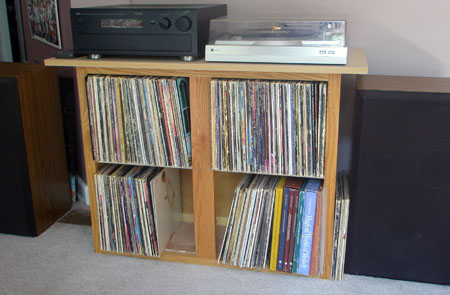 with CDs. Not long after that point in time I stopped listening to my vinyl, as all new music I was purchasing was on CD.

Fast-forward to 2010, and CDs are now being phased out in favor of MP3s, an even harsher sounding representation of music. And of course, the MP3, often living in “the cloud” or an ipod, is completely void of artwork.

Stop, I’ve had enough! Earlier this year I made the realization that I wasn’t listening to music as much as I used to. At first I thought this might have been because I listened to so much music in my earlier years that I might be just “all listened out”. But then I got my turntable repaired, something I had been meaning to do for some time, and slowly, began rediscovering the magical world of vinyl.

I set up the turntable in my living room and began to check out some of my favorite old records. Right away I 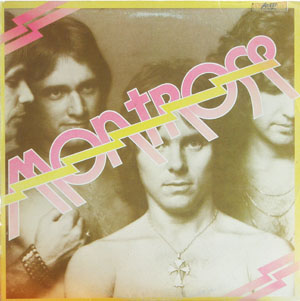 noticed they sounded so good, noticeably better than their harsh digital counterparts my ear had become accustomed to. This rediscovery led me to a few recent trips to a local used record store – let the bargains begin. I can’t believe some of the gems I’ve purchased for just a dollar or two. One in particular was a mint condition copy of “Montrose” Sammy Hagar’s earliest band, and this gem was just 68 cents! Delbert McClinton, James Taylor, Beethoven’s Moonlight Sonata – all for just a dollar apiece?

Among some other recent scores were a mint condition copy of AC/DC’s Back in Black, Stevie Wonder’s Songs in the Key of Life, and BB King live in London. A couple of weeks ago I found a yard sale with a collection of 4000 records all from the mid-70s or earlier. Kelly and I spent about an hour pilfering through about half the collection and walked away with 25 gems for $20.

I’m hooked, what can I say. Since this recent vinyl resurrection I am listening to more music regularly than I have in years. It really does sound better. Listening to music like this reminds me of why I became so involved with music in the first place – why I became a musician. When I put a record on, it feels like I’m in the room with the band. The drums sound real, the guitars sound right, the bass is tight, and the vocals are deep. I know I can’t listen to these sounds in my car, and beyond the walls of my home the rest of world continues to suffer from the sounds of the sterile digital status quo and all of its shortcomings.

I know a lot of people enjoy digital music, I’m not saying it can’t be done. But if you haven’t ever ever experienced the joys of vinyl, check it out if you ever have the chance. If you’re ever over a friends house and you spot a turntable, request a side. I challenge you to listen to your favorite artist on vinyl and not be able to hear something new in their music.

Well I’ve got to go now, it’s time to give my new Ray Charles record a spin.