That’s right everybody, the book really is finally done and now available to all who have been patiently awaiting its arrival. Orders for the print version will be processed and shipped this week, the e-book and Kindle version will be ready and available by the middle of next week, and I can’t tell you how excited I am to finally be at this point in time! Others involved in the project are getting excited too. Check out these back cover blurbs that a couple of folks offered after checking out advance copies:

“Awesome! Required reading for any musician moving to Nashville, especially as a hired gun.
Hundreds of hours of priceless advice condensed into one thorough and brilliant book
– an incredibly helpful masterpiece. Makes me want to move there now!”
— DEREK SIVERS, Founder of CD Baby

“If you are making or want to make money in the music industry of Nashville, “The Nashville Musician’s Survival Guide” should be your next purchase. Eric Normand’s beautiful and comprehensive book contains invaluable insider information and practical advice from pros actually making a living in the industry now. A terrific read for anyone interested in peeking into the unique world of music Nashville. Even the pictures rock!”
— JUDY RODMAN, Vocal Coach, Producer, Hit Songwriter

As you could imagine, there was a big celebration at the Normand house when these e-mails arrived!

When I embarked on this journey two years ago last January, I had no idea I would be entering the world of book self publishing. In fact, when I initially began writing the content that became the foundation of this book, I had no intention of writing a book at all, or even the knowledge about how to go about doing this. At that point in time, I was simply trying to help a few folks on Craigslist and other message boards who wanted some info about the Nashville music biz’. The next thing I knew I was writing a book, almost by accident. The more I wrote, the more I began to understand the massive scope of this project, and the work it would entail to finish it – Internet research, extensive recorded interviews, photo taking excursions, etc. At some point along the way the book began writing itself. It was as if I was a mere conduit, the end result first being the story of the modern-day Nashville music industry magically appearing on my computer screen, and now in this wonderment of a book.

I couldn’t have done it alone either. Dozens and dozens of people have contributed their time and resources to this project and for this I am eternally thankful, their contributions have made this a far greater book than I could have produced alone. While the entirety of this project has been a massive undertaking (there were many times that I felt as if I would be writing this book for the rest of my life), this has truly been a labor of love – my way of paying forward all that I have learned in this strange place we call Music City, and I am absolutely thrilled with the end result.

So if you’ve been waiting for this book, it really is finally here. Thanks for your patience and I hope you enjoy reading “The Nashville Musicians Survival Guide!”

P.S. If you live in middle Tennessee, I would like to invite you to our official book release party at The Fillin’ Station in Kingston Springs on Saturday, April 30 from 7 to 11. Many of the contributors to the project will be in attendance on this night, there will be music performed by my band (Mike Chapman will be on bass and Fran Breen on drums), and the first three people to ask will receive a free copy of the book. 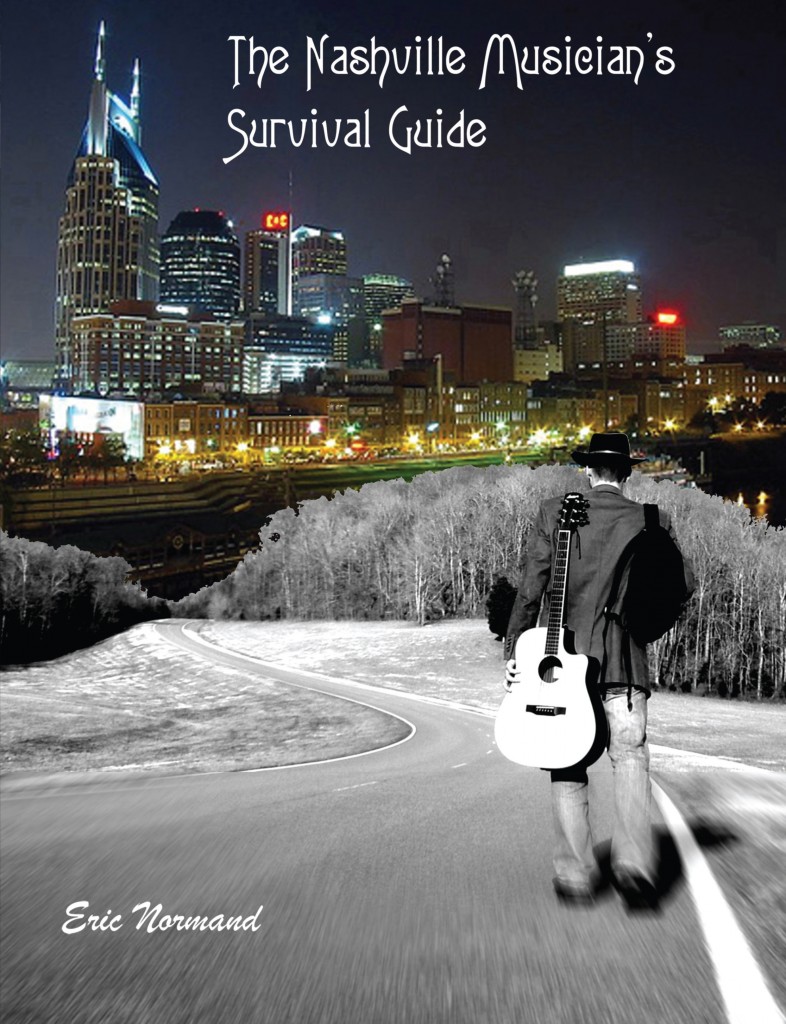 One Response to “The Nashville Musician’s Survival Guide” Is Here!