I can’t believe summer is drawing to a close! Well, not really…It’ll still be really hot down here in middle Tennessee for at least another month or so. But to me, especially being from the north, Labor Day weekend always feels like the end of summer – kids go back to school, it begins to get colder, the holidays start creeping up, and so on. And it has been a great summer, at least for me. I worked hard, played some cool shows, hosted a couple of Berklee alumni events, took my first yoga class, released a CD of originals with my band “Skinny Buddha” and had an action-packed 10 day trip to New England, during which I gave a clinic and performance at the Berklee College of Music. And most importantly, I celebrated another anniversary with my wife and best friend of 18 years (I think this is the beginning of a beautiful friendship…). 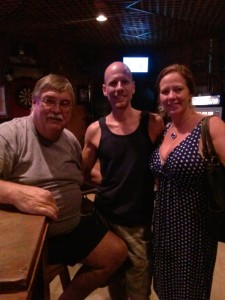 So what’s in store for the fall, you might ask? I’ve got lots going on – I just had the transmission rebuilt in my van, began a new round of P90X, started an herb garden on my back deck, plan to have a yard sale this coming weekend…seriously, I do have a lot of big things in the works.

Skinny Buddha will be the guest artist on “The Mando Blues Radio Show”, with the taping coming up on Monday, November 16, and aired on Wednesday, September 18 on 107.1 FM Radio Free Nashville. Thanks to Whit Hubner from Nashville’s very own “Hippie Radio” we will be rocking the “Mando Blues Tent” with a six song performance. If you haven’t yet discovered it, Hippie Radio is the coolest radio station in Nashville, and you can get a free phone app from their website and listen to them anywhere. Pretty groovy stuff!

Coming up in October, I’ll be playing guitar with “The Peach Pickers” featuring Rhett Akins and Dallas Davidson on the sold out “Luke Bryan Farm Tour”. We did this last year and it was a hoot! This year’s band will consist of Nick Forchione on drums, “G-men” Mike Chapman on bass and Chris Luzinger on guitar, and yours truly on guitar and harmony vocals (for those of you who don’t know, the G-men are an infamous group of Nashville session players who played on all of the Garth Brooks records). Look for us when we come to a farm near you!

On Monday, October 28 I’ll be hosting the last Nashville Berklee Jam of 2013 at The Rutledge with special guest speaker, performance coach, Diane Kimbrough. Diane has coached a wide array of artists ranging from beginners to artists like Shania Twain and Toby Keith. After her talk, she will be critiquing and coaching some of the regular performers from our bimonthly jam. This event is open to the public and should be a great night!

Starting in November, I will be playing some shows with a northern Alabama-based band “The Flashbacks”. Along with Mike Chapman and some other veteran players, I will be digging into a night of 60s and 70s R&B and Motown. 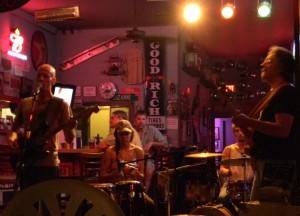 On Wednesday, November 27 Skinny Buddha will be performing a set of Jimi Hendrix music at Nashville’s “Soulshine Pizza” for their special “Jimi Hendrix Tribute Night ” being held on the great guitarist’s birthday. This night will begin with our performance at 9 PM and will conclude with a second show of Hendrix music performed by the legendary, Phil Brown (formerly of Little Feat). This is a great excuse to learn some new Hendrix tunes (well, new to me) and I’m planning on digging into some deep cuts like “Who Knows”, “Hear My Train a Comin’”, “Drivin’ South” and “Stone Free”, in addition to my regular repertoire of Jimi favorites. For any of you that know me, this is an extra special night; one I am honored to be a part of. I first heard Jimi Hendrix at the age of 11, when the sounds of his Woodstock performance of the Star-Spangled Banner sent me on a musical adventure that I am happy to be still exploring.

And lastly, I am planning to record some more Skinny Buddha music.

That’s about it for now. I hope you all had a great summer and that the fall will bring you much peace and happiness. I guess I’d better go clean out my garage to get ready for the big yard sale! 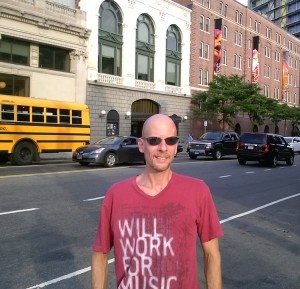