During the summer of 2008 when the Rhett Akins band was between bass players, our sound engineer Penn Robertson threw out the idea of calling his friend Oteil Burbridge to sub a few gigs, as he was currently on hiatus from his regular gig with the Allman Brothers. Apparently the brothers were on an extended break that summer and Oteil happened to be available and interested in coming out with us. The next thing I knew we were doing a handful of gigs with him and riding around on a bus listening to first-hand stories about my childhood idols. While the gigs and stories were great fun, it was the sound checks that were most memorable.

As Rhett and band are well-versed in the Allman Brothers classic material, our sound checks during this time period contained several songs from their repertoire; Blue Sky, Statesboro Blues, Don’t Keep Me Wonderin’, and Aint Wastin’ Time No More. These moments contained some great improvised jams propelled by Oteil’s masterful groove and melodic sensibility. It was almost as if a little piece of one of America’s greatest bands fell from the sky and landed on our doorstep, to be shared only in the moment with a few appreciative friends. Eventually our stint with Oteil came to an end but it was an inspired road to travel on while it lasted. One I will always remember with fondness and never forget. Thanks Oteil 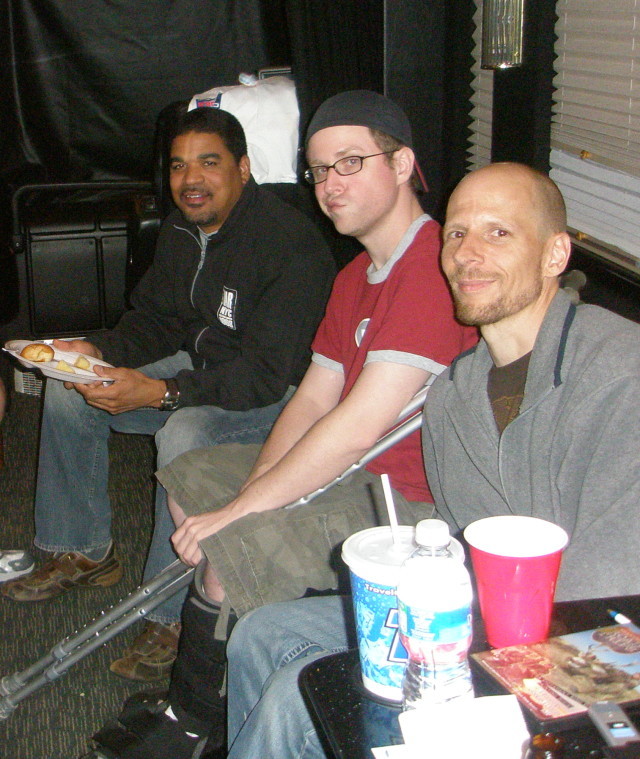